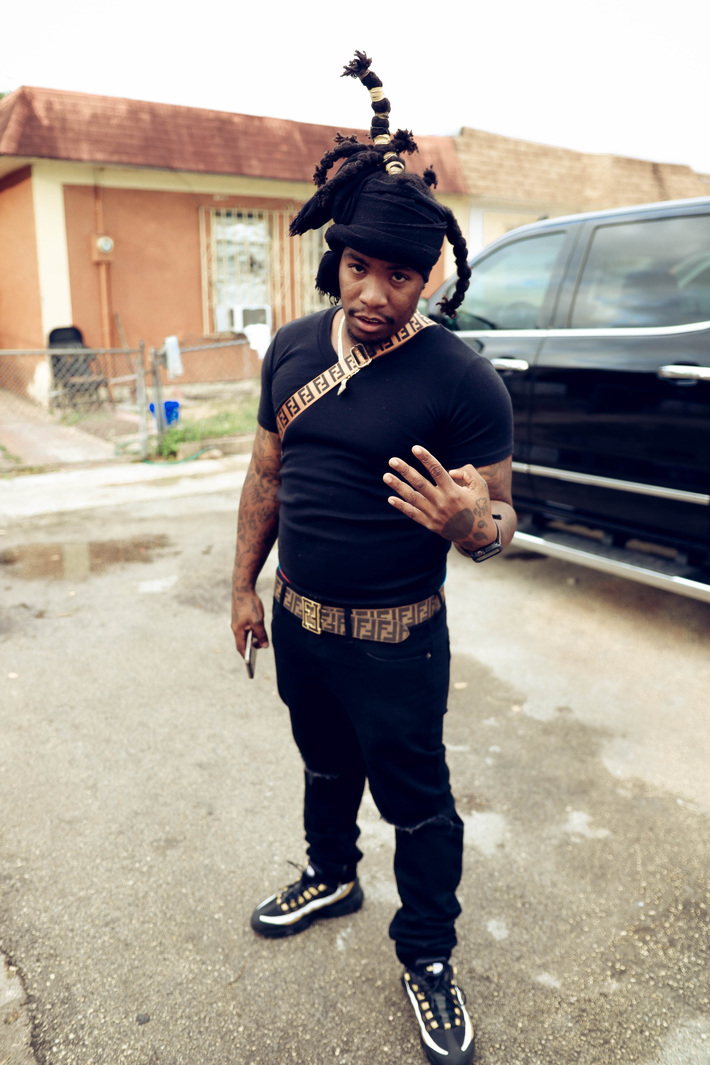 Jai Beezy has broke through the scene with his new mixtape titled T.G.T.N (There Goes the Neighborhood).The Miami Florida native has a unique sound that gravitates toward the gritty realities of the streets that raised him. Jai Beezy "T.G.T.N" contains 15 new tracks with features from upcoming arist Melody, Yopp & Fokiss. Jai Beezy goes dolo on the single "Leeches" which the title clearly speaks for itself over a banging energetic trap beat. Jai is no stranger

to showing his talent on this new mixtape. Beezy's lyrical style with gritty punchlines is the definition of real Hip Hop talent. Jai Beezy is the new wave and hints at the facts that artist have to think outside of the box. Jai states as well that music is an art and that he's also willing to try new things regardless of whats on the radio but also staying true to himself .Jai Beezy has 5 Spotify top picks for this album titled "Leeches, Right For Me, Fake Love, ZIP & I'm A Savage. These all have a very versatile sounds and are truthful with a realness to the message. If you haven't heard T.G.T.N (There Goes the Neighborhood), then this is one project you need to definitely take a listen to.