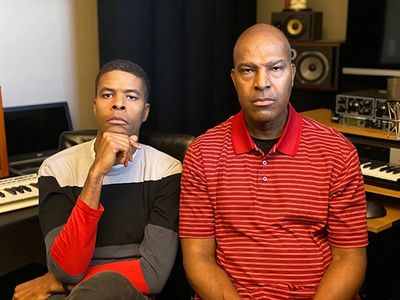 Finally, a modern-day song that addresses police misconduct and police brutality! This creative tune blends R&B and pop with super-expressive lyrics that convey a very familiar narrative. It is extremely thought-provoking with harsh, but truthful lyrics, and the topic is no joke.

When Dante suggested that his songwriting father, Irvin, write a song that addresses racial profiling, neither one of them knew that it would turn out to be so impactful. That song, however, appropriately called the "I Can't Breathe" song - is so compelling and so real that it itself is breathtaking.

Using a dramatic blend of R&B and pop, the tune creatively conveys a very familiar narrative that African Americans and others that are often the victims of police misconduct can easily resonate with. It is extremely thought-provoking with harsh, but truthful lyrics, and the topic is no joke.

Irvin, who calls himself The Undiscovered Artist, wrote and produced the song in his home studio within about 8 days. He's also the singer.

He is signed to his own independent record label called Music U Can Feel, and is also the writer, producer, and singer of another popular song that addresses the reality of COVID-19. It's called "The Rona Song" and can be streamed for free at CoronavirusSong.com

IN MEMORY OF GEORGE FLOYD, AHMAUD ARBERY, BREONNA TAYLOR AND OTHERS